This area provides access to current and past news coverage on various issues related to gender-based violence that has national reach or impact, a full archive of NRCDV eNewsletters featuring announcements of new resources, initiatives, and events and access to our recent and archived TA questions of the month.
In the News 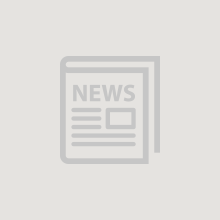 The article reports, “…Street harassment is no different than workplace harassment in its purpose and its effect. It is meant to put victims in their place, to remind them that they are objects and that their safety is a privilege, not a right. As a result, people change jobs, leave apartments or whole cities and suffer long-term stress and anxiety orders.”

The article reports, “Experts suggest the United States’ ranking near the bottom of 33 developed countries for life expectancy at birth — 27th — may be due to domestic violence.

Demi Moore to Host Report for CNN on Human Trafficking from The New York Times, 6/8/11

The article reports, “For months, CNN has been campaigning against modern-day slavery on its newscasts and Web sites. For the next stage, it’s bringing in star power. On Monday, the network will announce a plan for a one-hour documentary, ‘Nepal’s Stolen Children,’ reported and hosted by the actress Demi Moore. In the documentary, which will be shown for the first time on June 26, Ms.

Muslim women’s group launches ‘jihad against violence’ from The Guardian, 6/6/11

The article reports, “A British Muslim women’s group has launched a ‘jihad against violence’, in a bid to reclaim the term jihad from extremists.

The article reports, “Boys who are bullies at school are at increased risk of abusing their partner later in life-a link that U.S. researchers say could hold potential for curbing domestic violence, which affects about a fourth of all U.S. women.

VIOLENCE AGAINST WOMEN IN DISASTERS