The Evaluation of Campus-Based Gender Violence Prevention Programming: What We Know about Program Effectiveness and Implications for Practitioners

Colleges and universities have been a key venue for the development and evaluation of sexual violence prevention programming. However, there are no studies demonstrating a link between campus-based sexual assault prevention programs and a subsequent campus-wide reduction in the incidence of sexual violence (Coker, Cook-Craig, Williams, Fisher, Clear, Garcia, & Hegge, 2011; Teten Tharp, DeGue, Lang, Valle, Massetti, Holt, & Matjasko, 2011).

How Effectiveness Is Measured

The following themes emerged when looking at the existing literature related to the evaluation of campus-based anti-gender violence programming:

Specific opportunities for colleges and universities to engage in evidence-based gender violence prevention are described below:

Join us on October 28th & 29th for our second National Prevention Town Hall! This year's town hall with feature speakers from the Southern region and will uplift strategies for promoting transformative change.

Circulos/Conversations with Women of Color Advocates

What would it look like to build a movement that truly supports Black and Brown women’s well-being? Join us on 10/14 and 10/21 to listen, learn from, and honor the lived experiences of women of color advocates. 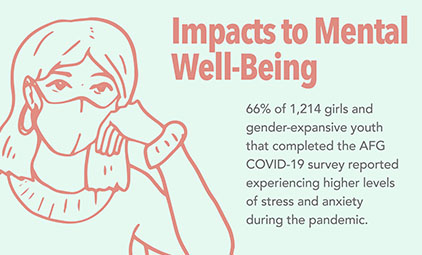 COVID-19 has dramatically worsened existing inequities. This report provides a roadmap on the investments and strategies needed to achieve greater equity, especially for girls and gender expansive youth of color.