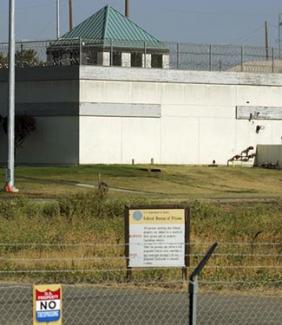 "A national criminal justice advocacy group is pushing the Justice Department to support the release of women who were sexually abused by staff at a federal women’s prison in California.

The group, FAMM, also known as Families Against Mandatory Minimums, sent a letter Tuesday to Deputy Attorney General Lisa Monaco pushing for the Justice Department to file motions for compassionate release for those who have been victimized at the prison. It follows reporting from The Associated Press that revealed a toxic culture that enabled sexual abuse of inmates to continue for years at the Federal Correctional Institution in Dublin, California, a women-only facility called the “rape club” by many who know it.

The letter is the latest effort by advocacy groups and members of Congress to ratchet down oversight of the beleaguered federal prison system and push for action at the top levels of the Justice Department."