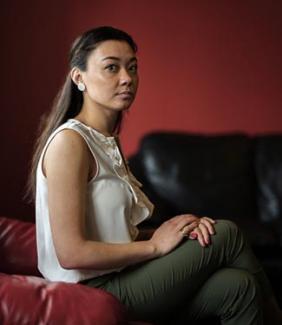 "After four years in the shadow of Brock Turner, the man who sexually assaulted her, the woman once known in the media as 'Emily Doe' has taken her name back. In her new memoir, Know My Name, Chanel Miller has introduced herself to a world that knew her only as a victim at the heart of a nationwide criminal justice controversy — or, in some cases, labeled her much worse.

And she says that moment, when at last she revealed her identity this month, came as 'an immense relief.'

'It almost felt like a bittersweet birthday,' Miller told NPR's Morning Edition, 'in that I was able to finally exist in the world without having to hide anything.'

Since the incident that made her story famous, even if not her name, Miller had spent much time in silence. Only her 12-page victim's statement, which she read in court before Turner was sentenced, spoke for her experience of that January 2015 night when Turner was discovered on top of her unconscious body behind a dumpster at Stanford University."

Beyond Checking the Boxes: A Discussion on Education Program Evaluations