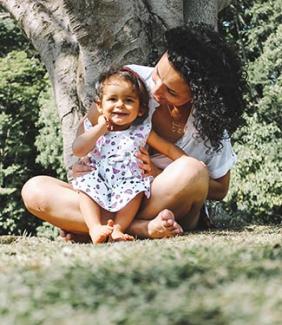 "Last month, the Trump administration published a proposed rule that would expand the current 'public charge' test used when people apply to enter the country or for lawful permanent resident (green card) status, in a way that would harm immigrants and their families and have far-reaching consequences.

But what exactly is the 'public charge' test? When an immigrant seeks to enter the United States or applies to become a lawful permanent resident (LPR, or green card holder), immigration officials consider whether the individual is likely to become a 'public charge.' Under the definition that has been in place for over 20 years, being a 'public charge' means that an individual is 'primarily dependent on the government for support.' In making the 'public charge' determination, immigration officials consider whether an individual receives the majority of his or her support from cash assistance, such as Supplemental Security Income (SSI) and Temporary Assistance for Needy Families (TANF), or long-term government-funded institutional care.

If finalized, this proposed rule would be a significant and harmful departure from the current policy. And it would harm millions of immigrants and their families, making our nation hungrier, sicker, and poorer. Moreover, this proposed rule has the potential to particularly harm survivors of domestic violence (DV).

No one should live in fear of domestic violence, and certainly no one should feel unable to leave an abusive situation solely because they lack the financial means to do so. Access to financial resources plays a pivotal role in whether a survivor is able to safely leave an abusive relationship. And public benefits—like the exact ones included in the proposed rule—help provide survivors with the economic support necessary to be able to leave or recover from an abusive situation. In fact, because immigrant survivors and survivors of color face higher housing barriers and food instability and are more likely to face economic instability, public benefits play an even more important role in their survival."

Join us on 9/23 at 3pm EST for Honoring Survivors’ Spiritual Needs: Supporting Jewish, Catholic, and Muslim Survivors of Domestic Violence from the Field as presenters share best practices for adopting a faith-sensitive advocacy lens.

Reimagining our Legacy: Transforming from criminalization to liberation