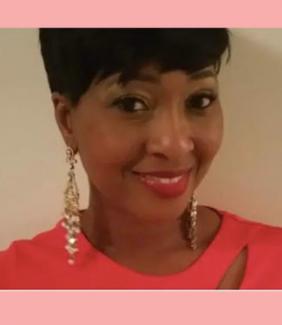 "After eight years in an abusive relationship, Lisa Ogbole says she began to think about ending her life.

'I didn't want to wake up to see another day because first off, I was just in my own world ... if you know anything about abusers, the first thing they do is to cut off all your ties,' Ogbole said.

'I was emotionally and physically abused by the one person that was supposed to protect me, and it took away all my self-esteem, my self confidence.'

Ogbole says she wasn't aware of any type of support services at the time. Besides, after a while, she thought all women probably went through the same thing.

One day, someone finally told her what was happening wasn't acceptable. So, after her partner broke her nose, she left.

'I made a promise to myself to help other women who were in similar situations and didn't know what to do,' Ogbole says.

'If I were to take my life at that time, who would be here to help the other women?'

In October 2019, Ogbole opened Imani's Place — a six-bed transitional home in Alliston, Ont., about 104 kilometres northwest of Toronto. It's for victims of violence, human trafficking or any other form of abuse. Imani means faith in Swahili, something Ogbole says these women must have in themselves to begin to heal.

Ogbole says it's important Imani is led by a Black woman as she's found women of colour can face added barriers of racism and discrimination when seeking help.

One of her clients, a victim of human trafficking, came to Imani's Place after experiencing anti-Black racism at a shelter, she says.

'Guess what she did? She took her bag and went right back into the sex industry.'

Abi Ajibolade, executive director of the Redwood — a transitional home in Toronto for victims of abuse — says she's also seen racism within the shelter system.

'What we're dealing with is systemic,' she says."

An Examination of Afro-Latin@s in the Latino Community