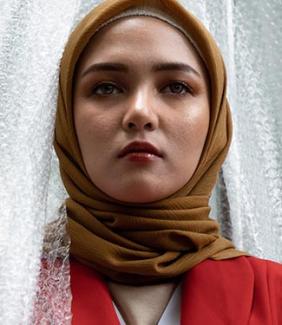 As domestic violence shelters build capacity to serve diverse populations and strive to become culturally competent, it is important for advocates to understand how they can have a direct impact on the outcome of the survivor’s path.

“I spoke to one woman who owns a shelter out in Baltimore that specifically caters to Muslim women. And she tells me her clients have gone to other agencies, have gone to other shelters where they face discrimination and harassment, such as shelter residents harassing Muslim women if they choose to pray, some cooks putting in pork in Muslim women's meals who traditionally don't consume pork. And so oftentimes, these are some obstacles that they face.” – Rowaida Abdelaziz, Muslim Survivors of Domestic Violence Need You to Listen

The Muslim community is an extremely diverse community that is represented across all racial and ethnic backgrounds, including indigenous populations, as well as immigrants and refugees. For Muslim survivors of domestic violence, there are multiple barriers to accessing social services and getting to safety.

The heightened level of Islamophobia and the increased hostility towards immigrants and refugees, as well as the state’s role in violence against Black communities, has left many segments of the Muslim population fearful for their safety not only in their abusive relationship, but also in accessing services outside of their community.

Islamophobia is the first of many barriers that Muslim women face when accessing services and staying at shelter. Other barriers for Muslim survivors include 1) lack of inclusion and erasure of Muslim survivors from shelter, 2) lack of knowledge about resources, 3) spiritual abuse, 4) familial abuse, and 5) shame. These barriers are discussed below, along with recommended best practices for domestic violence shelter advocates.

1) Lack of inclusion and erasure of Muslim survivors from shelter

Although Muslim women, like other minorities, have benefitted from shelters, the domestic violence shelter system has not necessarily been equipped to support and serve women of color and women that are not part of the dominant culture. Some of the ways that Muslim survivors may feel erasure when they are in the shelter include:

Best practice for shelter advocates: Advocates should actively work towards cultural humility and recognize their own implicit biases. Self-awareness regarding biases and accurate information about the Muslim population are two of the best ways to counter Islamophobia. If an advocate identifies behavior that is Islamophobic or discriminatory, they should address the behavior with shelter residents or bring it up to management.

Community outreach should extend beyond churches to include other faith groups. Advocates can invite survivors to make use of their spiritual tradition to feel centered and can offer to facilitate whatever may be required for survivors to access their spirituality in a safe way. To build partnerships with the Muslim community, the shelter can reach out to local mosques, Islamic groups, and cultural organizations. There should be ongoing training that explores the values that affect the way Muslims perceive and respond to domestic violence, best practices when serving Muslim survivors, and the Islamic perspective of domestic violence.

Language access is also an important element in providing the necessary safety and hospitality in a shelter so that a survivor speaking a language unknown to shelter staff feels welcome. Shelters should explore local resources to have access to competent translators.

The shelter can honor and share in Muslim religious holidays, including the holy month of Ramadan and the two Eids by acknowledging the holidays and asking survivors if they need anything to facilitate or commemorate the holiday. Ways to support survivors during Ramadan and Eid include:

2) Lack of knowledge about resources

Often the shelter may not be an option for many Muslim survivors due to the lack of meaningful outreach, awareness and connection between Muslim communities and domestic violence agencies. Immigrant Muslim survivors in particular may not know what to expect at a shelter. I have heard women saying, “I would rather be in my abusive situation where I know where things are than to go to a shelter.” There remains suspicion, cultural stigmas and fear about how a Muslim survivor will be able to live with dignity in a shelter. Some common fears include being unable to observe religious dietary practices and rituals related to worship.

Best practice for shelter advocates: Advocates and shelter leadership should make their domestic violence programs and shelters accessible to the Muslim population by cultivating relationships with the Muslim community. This could mean resource sharing and joint programming at a mosque or a community event. This relationship building will be crucial for survivors to feel like they are understood. The relationship between a domestic violence shelter and a mosque can also facilitate important community resources for Muslim survivors. Shelters can invite a Muslim advocate to do a shelter audit so that the shelter is equipped to house Muslim survivors. Domestic violence programs should have a diverse staff that can connect with the diverse populations and community-specific literature that speaks to the community. An example of this may be the Muslim Domestic Violence Wheel and the Healthy Relationships Wheel for Muslim Families. Other Muslim specific resources can be found here.

Muslim survivors and members of other faith communities may utilize spirituality and faith as an important tool of resilience during the abuse and during the transition into the shelter. However, abusers, and sometimes religious leaders, may misuse faith-based language to manipulate and coerce victims to stay in an unsafe relationship. This phenomenon may look like pointing fingers at the survivor for seeking help from a non-Muslim organization, which can further be weaponized and used as way to shame and/or make a character judgement about the survivor’s lack of belief in her faith. Community leaders and family elders that are not educated in domestic violence may tell her that she is acting against her faith teachings, and that she should have consulted with family before taking such a huge step. Misconstrued verses from the Quran, such as those that emphasize forgiveness and patience, may be used to confuse the survivor and guilt her into coming back to the abuser.

Best practice for shelter advocates: Spiritual abuse can be very complex for both a survivor and an advocate. The best way to support a survivor that is going through this type of experience is to have a basic understanding that Islam prohibits any form of injustice and does not tolerate any form of domestic violence. An advocate can validate that spirituality is important to the survivor and offer to make sure that survivors have access to resources that make them feel connected to their faith.

Best practice for shelter advocates: Providers can inquire about the family household and understand what the dynamics in the house were like. Providing psychoeducation and counseling around domestic violence, while using the culturally appropriate Muslim Power and Control wheel would allow survivors to identify that they may be in an abusive relationship with multiple abusers.

Shame can manifest in many ways depending on the lived experiences of survivors and also their worldview. Often shame can be weaponized by abusers with spiritual abuse. Shame can also be exerted by the survivor’s parents or elders, who because of concern for preserving the family’s reputation and fear of social repercussions may not provide support or ignore the needs of the survivor. This looks like the abuser or even community members saying things like,

Also, survivors can feel shame when they may not be ready for a divorce due to cultural stigma surrounding divorce, as well as women living on their own without a husband or other family members. Survivors may also feel shame if they feel like they may want to go back to the abuser. Advocates can unknowingly trigger feelings of shame by minimizing things or making survivors feel like they are not doing the right thing.

Best practice for shelter advocates: Advocates should use a trauma-informed, strengths-based approach to highlight that survivors are doing the best that they can and to empathize that they may not know what it is like for the survivor. They can build trust and establish a safe space and explain that they are there to help. A collaborative model in which the survivor’s goals are prioritized will help achieve the best outcome for the survivor in the most effective way. Cultural humility and empowering the survivor to be an expert of their own life will be the most effective way in minimizing shame.

Peaceful Families Project (PFP): PFP is a national non-profit organization that is committed to work towards ending all types of abuse, including emotional, spiritual, physical, and sexual abuse in Muslim families. PFP does this work by facilitating domestic violence awareness and cultural sensitivity training workshops in cities across the United States for Muslim leaders and for service providers and professionals.

Walking Together: Working with Women from Diverse Religious and Spiritual Traditions by FaithTrust Institute: This is an essential guide for domestic violence advocates and social workers. This groundbreaking anthology for domestic violence shelters and community-based programs is designed to educate advocates about how to work effectively with women from a wide variety of religious and spiritual traditions.

Garments for One Another: Ending Domestic Violence in Muslim Families Training Package (DVD) by FaithTrust Institute: An important resource for mosques, religious leaders, social workers, community groups and shelter staff who offer help to Muslim women who currently experience violence in the home. This complete package offers solutions to prevent future violence within the context of the Islamic faith.

Muslim Survivors Of Domestic Violence Need You To Listen by Rowaida Abdelaziz for the HuffPost: Muslim women are often silenced by their own communities or face Islamophobic stereotypes from outside agencies when they try to seek help. Despite the challenges, however, many survivors told HuffPost that their faith is also what gave them the strength they needed to seek help.