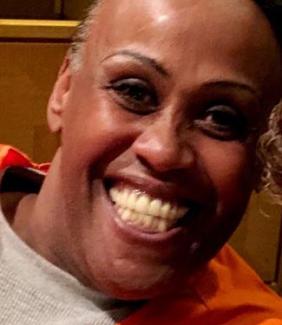 "California prison officials are staring down yet another lawsuit from a transgender woman who says she was abused in custody.

C. Jay Smith, 59, filed a federal lawsuit last Monday alleging that staff members at San Quentin State Prison, just north of San Francisco, refused to investigate reports she had filed after having been sexually abused and that they retaliated against her. Smith alleges that the campaign went so far that guards falsely accused her of serious violations, potentially adding 10 years to her sentence.

A 36-page complaint filed in U.S. District Court for Northern California claims that staff members at the prison 'used threatening and coercive tactics to try to get her to withdraw her allegations.'

'Ms. Smith's case demonstrates that the 'Me Too' movement and the protections it has provided to women needs to also find its way to the violence and state-initiated torment transgender people face behind CDCR's prison walls,' the suit says, referring to the California Department of Corrections and Rehabilitation.

...Data show that transgender people face extraordinary rates of violence in prisons and jails. A 2015 report by the Justice Department found that 35 percent of transgender prisoners said they had been sexually assaulted by staff members or other prisoners in the past year. And an NBC News investigation this year found that of 10 trans women interviewed at the California Institution for Men in Chino, nine reported having been sexually assaulted while incarcerated."

Estamos Aquí: Taking Care of Ourselves and Each Other