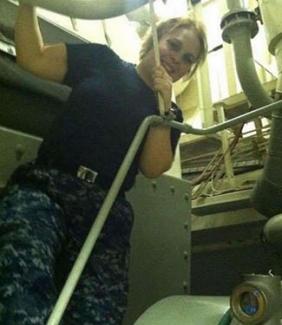 "The death and alleged sexual harassment of Fort Hood soldier Vanessa Guillen prompted widespread calls for both justice and change.

The Army itself announced that five civilians would review the 'command climate and culture' at Ford Hood after her killing, with Army Secretary Ryan McCarthy saying, 'the Army is committed to taking care' of its soldiers, civilians, veterans and families.

Yet for some women in the military, it was a breaking point -- a story all too familiar, they said.

'These [sexual harassment or assault] cases are not handled properly and the follow-up care for the victim is not right,' Kayla Kight, now a first lieutenant in the 322nd Civil Affairs Brigade, told ABC News in a recent telephone interview.

Earlier this year, ABC News profiled a former Army officer who said she was raped -- an event that she said began what she said was a long nightmare for her in the pursuit of justice, including having her trial moved at the last minute from civilian to military court. The suspect in her case was ultimately acquitted in a court martial.

Sexual harassment and assault in the military has been at the forefront of discussions for years as the military tries to address the problem and make it easier and safer for victims to report cases."

Join us on 9/23 at 3pm EST for Honoring Survivors’ Spiritual Needs: Supporting Jewish, Catholic, and Muslim Survivors of Domestic Violence from the Field as presenters share best practices for adopting a faith-sensitive advocacy lens.

Estamos Aquí: Taking Care of Ourselves and Each Other – Drop in Call