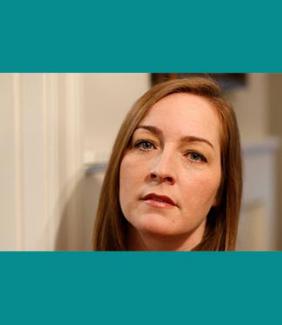 "The young woman who walked into an emergency room in Milwaukee began her journey about 12 hours earlier, at a Chicago-area hospital, more than 90 miles away.

Finally, in Milwaukee, she met Jacqueline Callari Robinson, a sexual assault nurse examiner who spent hours with her, examining her physical injuries, collecting evidence from her body in a rape kit and trying to calm her down.

'She said she felt humiliated to walk into the hospitals,' recalled Robinson. 'The trauma was pretty overwhelming. We actually just sat in the interview room with her for quite some time before she was really ready to be examined.'

In Virginia, only 16 of 122 licensed hospitals provide sexual assault forensic exams, and only about 150 of the state's 94,000 registered nurses are credentialed forensic nurses, according to a 2019 study by the Virginia Joint Commission on Health Care.

Many other states also fall short. A 2016 study of six selected states by the U.S. Government Accountability Office showed that the number of forensic nurses did not meet the need for exams, particularly in rural areas."

Bonds of Kinship: Cultivating Positive Family Relationships Through Skill-Building Within an Islamic Framework​