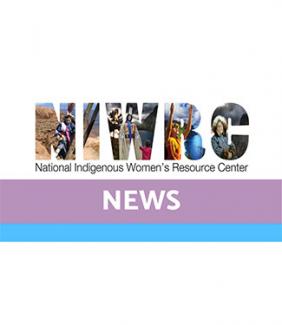 "(Lame Deer, MT) - The crisis of missing and murdered Native women and girls is alarming and a tragic reflection of the spectrum of violence committed against Native women and girls. Federal statistics report the murder rate of American Indian women on some reservations is more than ten times the national average. Domestic violence, sexual assault, and sex trafficking are the causes of many of these disappearances and murders.

However, this crisis of missing and murdered Indigenous women and girls (MMIWG) is not new. It has existed since contact with European colonizers. Inhumane federal Indian policies resulted in the loss of lives and destruction of Indian Nations. These same federal policies specifically impacted Native women over the centuries. On May 5th, we pause to honor all Native women and girls, past and present, who suffered and died as a result of violence as part of the National Day of Awareness for Missing and Murdered Native Women and Girls."