Only these 8 states require sex education classes to mention consent 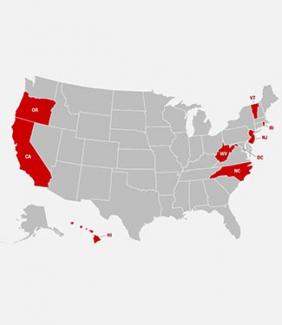 "In elementary school, children get the talk about unwanted touching. In college, they learn about boundaries and what constitutes assault.

But in between, sex education in schools is often an antiseptic regurgitation of the science of reproduction mixed with healthy doses of the need for protection and, increasingly, abstinence.

...A study conducted by the Center for American Progress, a nonpartisan policy institute, found that the majority of America's public school students don't know how to identify healthy and unhealthy relationship behaviors.

As it is, only 24 states and the District of Columbia mandate sex education public schools, the study found.

Of those, only eight states require mention of consent or sexual assault, it said: California, Hawaii, New Jersey, North Carolina, Oregon, Rhode Island, Vermont and West Virginia. (The District of Columbia does, too.)

'States are not providing students with enough guidance and support in terms of how to behave in the world they grew up in,' Catherine Brown, the vice president of education policy at the institute, told CNN.

'It's really important to be clear with them about what is and what isn't permissible and the lines are when dealing with other people in relationships.'"