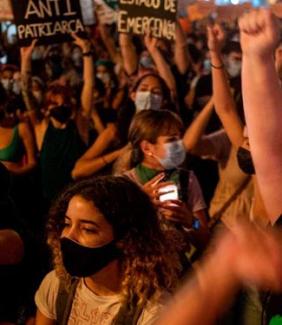 "Puerto Rico is declaring a state of emergency over gender-based violence, delivering on a demand made by activists in recent years after a wave of killings targeting women and transgender people.

Gov. Pedro Pierluisi, who was sworn in earlier this month, announced an executive order aimed at preventing and protecting against gender-based violence through a number of programs, according to a news release from the governor's office on Sunday.

The state of emergency will be in effect until June 30, 2022, the news release said.

...The order is the culmination of years of efforts by activists and advocacy organizations, who have long urged Puerto Rico's government to take action against gender-based violence -- which appears to have worsened after crises such as Hurricane Maria and the coronavirus pandemic."