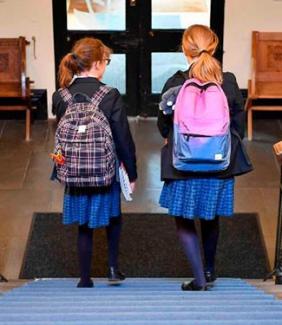 "A third of girls in the UK have been sexually harassed in public while wearing a school uniform, a report by a children's charity has found.

The unwanted attention included groping, staring, catcalling and wolf-whistling at girls who were in their school uniform, according to a survey by Plan International UK.

The girls felt that the uniform made them a target, and they described feeling 'sexualized and fetishized' by older men. One in eight said they first experienced sexual attention in public when they were only 12, and sometimes as young as 8.

The report features accounts from several young women who described how men would try to take pictures up their skirt, or grope them on public transport."