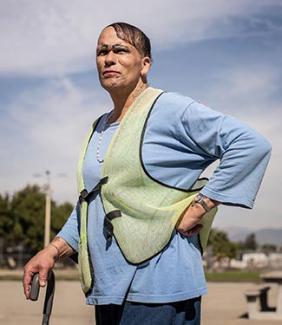 "Out of 4,890 transgender state prisoners tracked in 45 states and Washington, D.C., NBC News was able to confirm only 15 cases in which a prisoner was housed according to their lived gender, based on responses to Freedom of Information Act requests over the past year. Seven of those states, including California, provided the total number of transgender prisoners but would not say where they were housed, citing privacy concerns. Five states — Alabama, Alaska, Indiana, Tennessee and Utah — did not respond to records requests at all.

These housing decisions can have dire consequences. Thirty-five percent of transgender people who had spent time in prison in the previous year reported being sexually assaulted by staff or fellow prisoners, according to a 2015 report by the Department of Justice.

Advocates say that the figure for trans sexual assaults is likely an undercount, because sexual assaults are underreported. Many of the current and former transgender prisoners said guards dismissed their reports or retaliated against them for reporting."