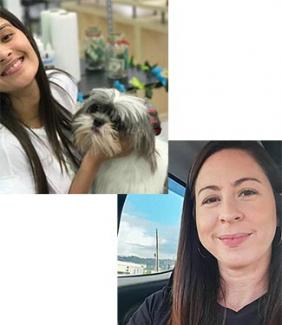 "Puerto Rican boxer Felix Verdejo was ordered held without bail Monday in the death of his 27-year-old pregnant girlfriend and an unborn child in the latest femicide to outrage the island after the governor declared an emergency over gender-based violence earlier this year.

Keishla Rodríguez went missing Thursday after she did not show up to the San Juan pet salon where she works as a groomer. Her remains were later found floating in a lagoon under a heavily trafficked bridge in the island’s capital.

News of her death came two days after 35-year-old Andrea Ruiz was found lifeless and partially burnt in the mountain town of Cayey in another case that women’s rights advocates say highlights the shortcomings of Puerto Rico’s justice system in protecting women in situations of abuse.

Ruiz had filed a domestic violence complaint in court against Miguel Ocasio, her partner, but it was dismissed by a judge. He later confessed to killing her, police said.

The two femicides have hit a nerve on an island where activists say violence against women has worsened since the devastating 2017 Hurricane Maria.

'There should be no doubt that we are in a state of emergency due to gender violence,' Puerto Rico Gov. Pedro Pierluisi said in a written statement. 'The pain, anger and indignation that we feel every time we witness a crime of gender violence has to be kept alive in us so that we do not rest in our responsibility to protect, prevent and abolish this evil, as well as to do justice for all the victims.'”