What role can self-defense classes play in our efforts to prevent sexual violence? 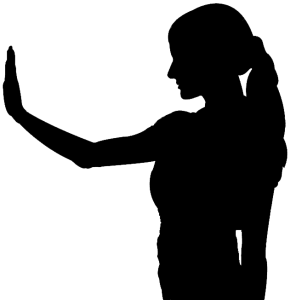 The NSVRC recently received the following request for technical assistance: “As a local rape crisis center, we are frequently asked why we don’t endorse women’s self—defense classes as a way of preventing rape. We have serious concerns about the notion that self-defense classes prevent rape. Is there a national position from the anti-sexual violence movement?”

As of now, the NSVRC at least does not take an official position. We would want to see more rigorous evaluation results from proponents for self-defense classes before taking any stance. I thought it might be helpful to offer a few thoughts on my own evolution around this as I once was fairly content to agree with the questioner. But my thinking on this has evolved to consider that there is a place for certain well-designed self-defense programs that embrace an understanding of violence against women and trauma’s effects on the body as a tool of empowerment. Like so many issues, context and content are critical considerations.

That said, any self-defense class being described as a primary tool for preventing rape and sexual assault is troublesome, although there are known arguments suggesting that self-defense classes could be included in the realm of primary prevention[i]. Many believe however that claim continues to misplace responsibility on the victim as it suggests that the victim should be able to stop a rape rather than acknowledging rape and sexual assault to be fully the responsibility of a perpetrator.

But there is increasing research showing that both survivors and non-survivors report positive experiences with those classes that address more than just physical self-defense. Trauma-informed classes that include psychological skills and assertiveness training may be worth considering. Participants in such classes report reduced fear, increased self-confidence, more positive feelings about one’s body, and a general sense of empowerment and self-worth[ii].

Risk reduction programs can be valuable within a continuum of efforts. There is research showing self-defense classes in particular can have some benefit in thwarting a sexual attack, providing a sense of empowerment to women[iii].

Peace Over Violence in Los Angeles, one of the largest local anti-violence/sexual assault programs in the country, is a national leader in providing survivor-centered, trauma-informed, empowerment-based models of women’s self-defense. Their philosophy is here and I encourage you to take a look.

But make no mistake: there are plenty of self-defense /martial arts classes that are purely profit driven and pay little attention to anything else while making claims to be serving women and preventing rape.

I am not suggesting community-based programs provide recommendations for specific program given the time and energy required to vet one program or another. Rather, tips for choosing a class can help folks in the community make their own best and most informed choices about whether to take a particular class (or any class at all). I spoke with a colleague who has taken classes from different self-defense programs, both good and bad, and has since taught several as well. She suggests that centers can be helpful in providing some considerations that folks may want to explore when evaluating a particular class or instructor (as well as offer any general reservations about self-defense overall, if desired).

In that vein, I am listing below a set of guidelines that were originally suggested from the now-defunct National Coalition Against Sexual Assault (NCASA). The NCASA guidelines have been reproduced in a few places and primarily as a chapter on self-defense from CALCASA’s (California Coalition Against Sexual Assault) 1999 manual for sexual assault counselor-advocates (Giggans, p. 401). I offer them as potential starting points:

What Philosophical Points should one look for in a program?

One Piece of the Puzzle

There are thoughtful advocates on both sides of the aisle on this particular issue and folks should stand by their own convictions.

Even among those advocates and other proponents of self-defense classes, they are often noted as one strategy[iv] that may be useful in conjunction with other prevention initiatives including, most importantly, measures that reduce perpetration.

This is a hotly debated topic — tell us what you think by commenting below!

[i] McCaughey, M. and Cermele, J. (2015). Changing the hidden curriculum of campus rape prevention and education : women’s self-defense as a key protective factor for a public health model of prevention. TRAUMA, VIOLENCE, & ABUSE. 1-16.

References (available upon request through the NSVRC library)

Greenberg, M and Messner, M. (2014). Before prevention : the trajectory and tensions of feminist antiviolence. Gendered Perspectives on Conflict and Violence: Part B Advances in Gender Research 18B 225-249.