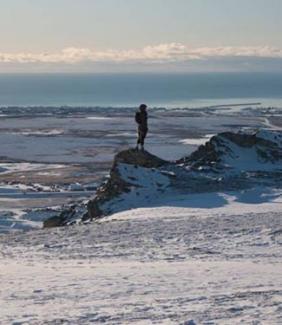 "Over a 10-year period ending in 2018 in Nome, there were 432 reports of sexual assault. Of those, Nome Police made 45 arrests, and so far there have been even fewer convictions.

Some Alaska Native survivors say those statistics don’t surprise them and that law enforcement has prioritized other crimes, but not sexual assault — especially when survivors are Native.

Nome police have acknowledged problems with a backlog of investigations and community trust. They say they have changed how assaults are investigated and how survivors are treated. The region’s single district attorney said that the specifics of how consent is defined in Alaska law makes sexual assaults very difficult to prosecute, especially when alcohol is involved. But for women who have been assaulted and who see their attackers walking free in their small town, these facts bring little comfort.

KNOM interviewed eight sexual assault survivors as part of this series. A few themes emerged. Many are survivors of childhood abuse who were assaulted again as adults. Sometimes they were prosecuted for minor crimes while their attackers escaped prosecution. The lack of resolution in their sexual assault cases deepened a sense that law enforcement was untrustworthy and led survivors to grapple with their trauma for years —sometimes leading to depression, risk taking and self harm. Ultimately many found empowerment through sharing their stories, redefining what justice meant to them."