Disaster and Emergency Preparedness and Response 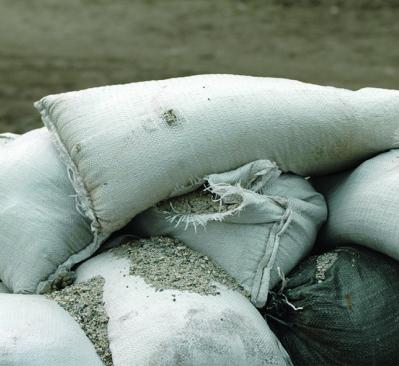 Although the body of research on post-disaster violence is limited, the available information from recent experiences has demonstrated that gender violence is a critical issue facing communities affected by disasters. Concerns about injuries, infectious diseases and the provision of basic needs often take precedence over the surveillance of violence in the aftermath of a disaster (World Health Organization, 2005). However, the data that is available underscore that women, in particular, become especially vulnerable to sexual and domestic violence in the chaos and social breakdown that follows a disaster (Chew & Ramdas, 2005). For instance, the acute affordable housing shortage in the Gulf region following Katrina heightened women’s exposure to sexual violence -- many women and girls have had to “share accommodations with extended family members, acquaintances, or even in some cases, known former abusers, simply to have a place to call home” and “the resulting overcrowding has led to abuse specifically linked to the Katrina experience” (Jones-DeWeever, 2008, p. 2).

At the same time, disasters can also have a distinctly challenging impact on those individuals already traumatized by violence. Clearly, “natural and man-made disasters can greatly impact the health and well being of crime victims and the response they receive” (for example, the chaos that follows a disaster creates additional obstacles to survivors in reporting crimes, pursuing justice, and receiving support or assistance) (West, 2006, p. 6). In particular, survivors of violent crime can have a particularly hard time coping in the aftermath of a disaster because the shock, fear, anxiety, sudden loss of safety and the collapse of traditional support systems can trigger feelings and reactions from earlier traumas.

NRCDV has compiled resources that may offer helpful guidance for domestic violence programs preparing for and responding to the coronavirus pandemic (COVID-19). A wealth of information and recommendations have been developed and made widely available by the National Network to End Domestic Violence, Futures Without Violence, National Health Center for the Homeless Council and the Centers for Disease Control and Prevention (CDC) that can be adapted and used by community-based domestic violence programs.

This collection highlights the disproportionate vulnerability of women and children to domestic and sexual violence in disaster and emergency situations, and organizes information to help increase the safety and well being of those at higher risk for violence (or re-traumatization) during and after a major disaster or crisis. Note that the terms “disaster” and “emergency” are being used broadly to refer to major traumatic events and crisis situations that are either natural (e.g., hurricanes, earthquakes, tornados, etc.) or human-caused (e.g., massacres, terrorist attacks, etc.).

Included in this collection are selected materials and resources -- many gender-informed -- that can be used by domestic and sexual violence organizations to increase their preparedness for and response to major disasters and emergencies. Also included is information developed for victims/survivors of domestic and sexual violence who are concurrently coping with trauma and stress after a natural disaster or major crisis. Special attention has been given to the issues faced by children in these situations. Links to several films and documentaries are offered as a tribute to the victims and survivors of those events as well as tools that advocates and activists may use in their educational and awareness programming. A list of organizations working directly or indirectly with disaster and emergency preparedness and response is included, including international and national relief efforts aiming at responding primarily to the needs of domestic and sexual violence survivors in the aftermath of a disaster.

It is important to note that despite the many challenges that women face in disaster situations, they have been -- everywhere -- playing crucial roles in the rebuilding of their communities. As Jones-DeWeever (2008, p. 5) reports about the women of New Orleans and the Gulf Coast:

They have been on the ground, from the very beginning, doing everything from trudging through the post-Katrina sludge, lending their sweat to the rescue and clean-up efforts, to organizing family, friends, and neighbors to push through seemingly impossible odds to make sure their communities were saved, and not erased from existence. They have done their part. They now deserve, at the very least, to have their voices heard, their needs addressed, and to be assured that future disasters will not replicate many of the horrors that they have in fact endured. Through their voices, we hope to learn, take those lessons to heart, and then properly plan for those disasters yet to come.