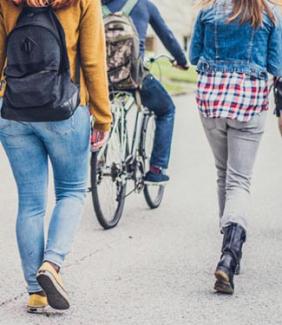 "At Virginia Tech, four sexual assaults were reported in one November week. At the University of North Carolina, one individual was linked to three sexual assaults in as many months this fall. And at Indiana University, school police have been investigating more than two dozen sexual assault cases on the flagship Bloomington campus this semester — more than the total number of sexual assaults reported each of the past three years.

Even before students returned to campus, advocacy groups were expressing heightened concern about the 'red zone,' the period from August to late November when roughly 50 percent of sexual assaults occur at colleges during any given year. New students unfamiliar with campus life are especially at risk of assault, and because the pandemic disrupted last school year, two classes of students found themselves on campus for the first time this fall at many universities. The group End Rape on Campus (EROC) called this a 'double red zone.'

'Now that we have both of those classes coming in together, there’s this exacerbation of the red zone,' said Kenyora Parham, EROC’s executive director. 'Both the freshman and sophomore classes are coming in for the first time and really haven’t been exposed to this new way of learning and formulating new friendship groups and trying to just figure out their way, especially in terms of living on campus for the first time on their own, away from their parents or guardians.'”

Join us September 14-15 for our National Prevention Town Hall! This year's Town Hall will uplift prevention approaches in the Pacific Coast region of the US.