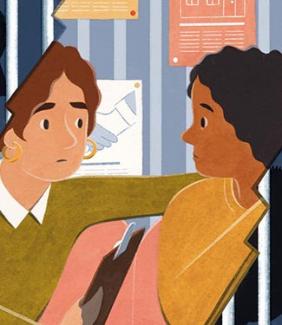 "If calls to 'defund the police' and divert funds to nonpolicing efforts are successful, what happens to rapists and sex offenders?

It’s a decades-old question that Aishah Shahidah Simmons has fielded for more than 25 years during her work as an activist against sexual violence and a documentary filmmaker on sexual assault against Black women.

'The assumption is that policing will stop or prevent sexual violence,' said Simmons, who is also the editor of this year’s Lambda award-winning anthology, 'love WITH accountability.' 'There is documented evidence that it does not.'

'So why do we rely on the police as the only solution to sexual assault?'

Amid the national protests about racial injustice and policing, the once-extreme demand to 'defund the police' has gained traction, with Minneapolis taking steps to remake its police department and other cities, like New York City, pledging to shift some funding away from the police and instead use that money for social services.

Some scholars, activists and lawyers who work on behalf of sexual assault victims are encouraged by 'defund the police' efforts, telling NBC News that the existing criminal justice system has failed to address the economic, sociopolitical and mental health factors that often correlate with sexual violence. As a society, experts say, there is an overall lack of education to help unpack issues such as a rape culture, consent and body autonomy — and too seldom are people actually held accountable for their wrongdoings.

The country has reached an inflection point where police and prisons aren’t seen as de facto solutions for issues they’re often unqualified or inadequate to handle, the experts say.

And if the old system isn’t working, they say, it’s worth trying something different."