'Every hashtag is a human': Founder of #MeToo on what's next for the movement 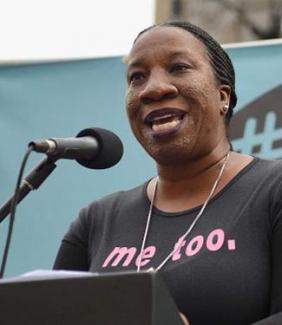 "Ever wondered what it's like to start a global movement that's mobilised millions of people and sparked some pretty uncomfortable public conversations? According to #metoo founder, Tarana Burke, it hasn't all been smooth sailing.

'I have watched this idea that originated as a grassroots movement become a global phenomenon,' she told journalists at the National Press Club.

Ms Burke was a youth worker who saw the impacts of sexual assault on young, underprivileged girls and women. She started using the phrase 'me too' back in 2007 as a way of empathising and amplifying their experiences.

In October 2017, actress Alyssa Milano used the phrase in a tweet exposing the extent of sexual assault and harassment in Hollywood.

...Ms Burke said the most important thing about #metoo was honouring the voices of the survivors of sexual assault and harassment.

'Every hashtag is a person who sat down in front of their computer, contemplating, should I say it? What would happen? What would people say? What if nobody likes my comment? Every bit of the Me Too movement was built on the backs of survivors.'

...'The Me Too movement is about two things - healing and action. Almost two years ago, millions of people around the world raised their hands to say their lives have been affected by this disease [of sexual violence]. And most of their hands are still raised. Waiting for a response,' Ms Burke said."