The Gambia’s “MeToo” Year Breaks the Silence on Rape 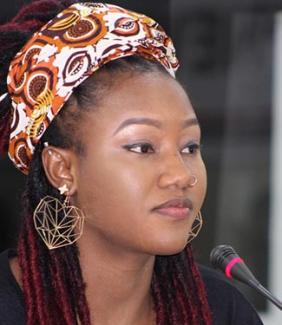 "The Gambia is beginning to confront a culture of silence around sexual violence, led by a group of women breaking taboos by revealing the alleged abuse they endured at the hands of some of the country’s once most powerful men.

The catalyst for change came in June last year when 23-year-old Toufah Jallow accused former president Yahya Jammeh of rape – a bombshell additional charge to a 22-year reign known for its extrajudicial executions, torture, and disappearances.

She was quickly embraced as the figurehead of The Gambia’s 'MeToo' movement. Young activists created an #IamToufah hashtag and peacefully marched on the streets of the capital, Banjul, calling for an end to the silence on speaking out against rape.

'When Toufah Jallow came out, we saw more people share their stories of sexual abuse publicly,' said Sirra Ndow, who set up an online platform supporting survivors of sexual and gender-based violence. 'The Toufah movement has given survivors courage.'”

Moving at the Speed of Trust: Disability Justice and Transformative Justice