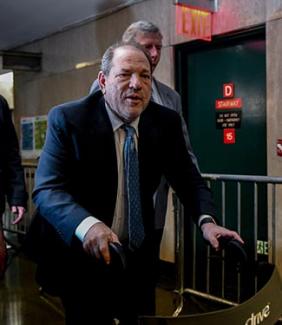 "Harvey Weinstein, the powerhouse film producer whose dramatic downfall over sexual misconduct ignited a global movement, was found guilty of a felony sex crime and rape after a trial in which six women testified that he had sexually assaulted them.

But the jury acquitted Mr. Weinstein of the two top charges against him, predatory sexual assault.

The verdict offered a measure of justice to the dozens of women who had come forward with similar allegations against Mr. Weinstein. For many, the trial was a watershed moment for the #MeToo movement and a crucial test in the effort to hold powerful men accountable for sexual harassment in the workplace."

Bonds of Kinship: Cultivating Positive Family Relationships Through Skill-Building Within an Islamic Framework​