How can my agency be better prepared to support survivors of sexual violence who are refugees or asylum seekers? 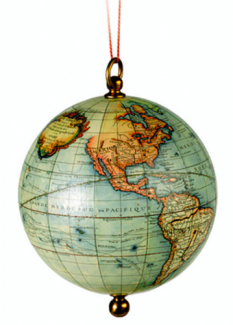 We know that sexual violence affects every nation, population, and culture. But conflict and displacement can heighten vulnerabilities and diminish protective factors, increasing refugees’ and asylum seekers’ risk of experiencing sexual violence while decreasing or interrupting their access to vital survivor services.

Refugees and asylum seekers are integral members of our communities. The United States resettles more refugees than any other country on earth – more than 69,900 in the federal fiscal year 2015 alone. These individuals often have unique needs that organizations – including those conducting sexual violence prevention and response – should address.

Organizations can effectively support refugee and asylum seekers who are survivors of sexual violence in several ways:

1. Learn as much as possible about this group of survivors, starting with understanding how this population’s experience is defined.

Refugee is often used as general term for people who have been forced to flee their country because of persecution and/or conflict.

It’s important to remember that both refugee and asylum seeker refer to official statuses that have specific conditions and application processes. HIAS (the Hebrew Immigrant Aid Society) provides a good general definition:

Refugee resettlement is a long process that includes substantial paperwork, interviews, screening, orientation, and travel. The U.S. Committee for Refugees and Immigrants has created an excellent flowchart describing this journey.

Often when we think of refugees or asylum seekers, one particular conflict or country dominates the conversation – now, for example, much of the media coverage of refugees concerns the Syrian Civil War. But it’s important to remember that refugees and asylum seekers come from many different countries and cultures, and it’s important to learn about the populations in your service area. One good place to start is by looking at state-by-state statistics broken out by country of origin, provided by the Office of Resettlement.

2. Consider the specific vulnerabilities to sexual violence that refugees and asylum seekers face, as well as the many ways it impacts them.

Refugees and asylum seekers may experience sexual violence not just during their flight from conflict or persecution. As described in this Refugee Council report, sexual violence may also occur:

Individuals may also experience sexual and gender-based violence (SGBV) prior to the persecution or conflict that caused them to flee.

It’s important that advocates and victim service providers consider the many points at which a refugee or asylum seeker may have experienced sexual violence. Just because a person has arrived in what has been described as a “safe” location does not mean SGBV risk has ended, as this blog post on SGBV against women and girls in refugee camps demonstrates.

Conflict, persecution, and displacement can affect survivors’ ability to access adequate care – or any care – for multiple reasons including no availability, no access, limited financial means, etc.

Additionally, providers should keep in mind that refugees and asylum seekers may have experienced multiple forms of trauma as a result of conflict or persecution. This description from the Refugee Health Technical Assistance Center is also applicable to asylum seekers:

Before being forced to flee, refugees may experience imprisonment, torture, loss of property, malnutrition, physical assault, extreme fear, rape and loss of livelihood. The flight process can last days or years. During flight, refugees are frequently separated from family members, robbed, forced to inflict pain or kill, witness torture or killing, and/or lose close family members or friends and endure extremely harsh environmental conditions. Perhaps the most significant effect from all of the experiences refugees endure is having been betrayed, either by their own people, by enemy forces, or by the politics of their world in general.  Having misanthropic actions of others become a major factor controlling the lives of refugees has significant implications for health and for their ability to develop trusting interpersonal relationships, which are critical to resettlement and healing.

These experiences of trauma are cumulative, in addition to other physical, mental, social, and economic needs that may be present. Real Tools by the Alaska Network on Domestic Violence & Sexual Assault is a resource available on VAWnet that explores responses to multi-abuse trauma and offers tools for advocates and community partners to better serve people with multiple issues.

3. Learn about the diversity of identities, experiences, and needs of refugees and asylum seekers in your community, including those related to sexual violence.

Refugees and asylum seekers have many intersecting identities that may impact their need and their vulnerabilities (past or present) to sexual violence. For example:

These are just a few of many examples. Building relationships with local organizations that work with refugees and asylum seekers can help advocates and victim service providers learn more about local refugee and asylum seeker populations, including how to effectively conduct sexual violence prevention and response. One resource is the Office of Refugee Resettlement’s website listing organizations working with refugees in each state and territory.

Advocates and victim service providers should connect with both mainstream and culturally specific organizations to learn what programs already exist in their communities and potential opportunities for collaboration. The Resource Sharing Project has an excellent publication on working with rural immigrant and refugee communities that include examples of projects by culturally specific organizations to serve sexual violence survivors, as well as strategies for promoting culturally relevant, trauma-informed services.

Reaching and effectively serving refugee and asylum seeker survivors of sexual violence requires an organizational commitment to serving these individuals in a culturally relevant, holistic way. Explore more sexual violence-related resources on refugee communities, immigrant communities, and cultural diversity, in addition to the resources provided below.

SERVING REFUGEE/ASYLUM SEEKER POPULATIONS WHO ARE VICTIMS OF SEXUAL VIOLENCE

Thank you to Ho-Thanh Nguyen of the Pennsylvania Immigrant and Refugee Women’s Network for providing input on this post.

This community blueprint offers sexual assault programs a framework for thinking about how we can work most effectively with community partners in both traditional and inventive ways.