How can my agency do better at reaching out to Latin@ members of our community? 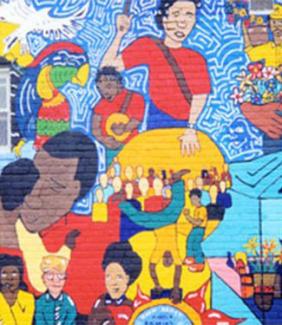 As I remember my days as an advocate at a local sexual assault-domestic violence program, I realize that I truly did so much more than counseling survivors. I was the sole bilingual Latin@ advocate, which meant I was also a child advocate for Spanish speakers, answered Spanish speaking crisis hotline calls and provided medical and legal advocacy to Latin@ survivors. I learned a great deal during those years. In order to serve my community as best I could, I had to transcreate - not translate - resources and information in Spanish starting with basic concepts like safety and confidentiality. Not only did I need to use language that could be understood by the survivor, but I also needed to consider whether this was for a 1st generation or 3rd generation Spanish speaker, whether it was respectful, and whether my transcreation addressed the fears that exist for many marginalized survivors.

The traditional mainstream effort of providing resources and information to the community is usually referred to as outreach. What I did, and what everyone who works with diverse communities does, is better called reaching out. I’ve come to see reaching out as an important distinction requiring active engagement with people, taking the initiative at every opportunity, recognizing that I must be the one to climb over the hurdles to reach people, not expect them to come to me after reading a brochure.

Some time ago, I found Michael Lee’s article, “Ten Ways To Market To People From Diverse Cultures” and was inspired to see that what I had practiced and believed for years had been put into words.  Some of the key points he highlights include:

I encourage you to read the entire article, but the points above are those I refer to often in training and have used regularly as an advocate. Creating culturally responsive resources and reaching out directly to your communities are small but critical pieces of the larger process of building your organization’s capacity to provide effective services beyond the traditional means – to help bring the margins to the center.