"It was severe betrayal": Military has failed to address domestic violence, survivors say 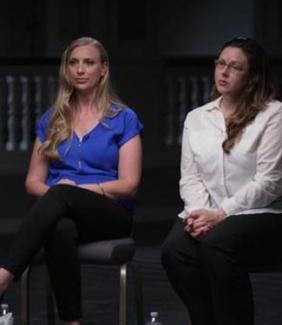 "Just weeks after she gave birth abroad in 2018, Liz Knight called Army police after, she says, she was physically assaulted.

'He had put hands on me and was physical,' Knight said. 'It was my breaking point. I had a 5-week-old infant. I felt like I needed to protect myself and my son.'

Military police investigated and found probable cause to charge the alleged perpetrator with assault. As is typical with the military disciplinary process, the consequences were determined by his commander, who issued a local letter of reprimand — which meant, Knight said, that it was wiped from his record the minute he left South Korea.

Knight was one of nearly 40 domestic violence survivors who reported abuse to the military whom CBS News spoke to over the course of a two-year investigation. Those service members, military spouses and partners said the system is broken and the military failed to protect them.

'The soldier is an asset. They need him. They have spent a lot of money to train him to do his job. And who am I?' said Knight. 'As long as I'm removed and I'm not part of the problem, then they have their soldier.'

Roughly 100,000 incidents of domestic abuse have been reported to the military since 2015, CBS News found. The military has not kept comprehensive data on the problem so it's impossible to assess the full scope. And while the Pentagon has made combating military sexual assault a priority and formed an independent review commission to address the problem, the new investigation reveals domestic abuse is a similar crisis on the home front. Some survivors told CBS News they felt they were in more danger after they reported."