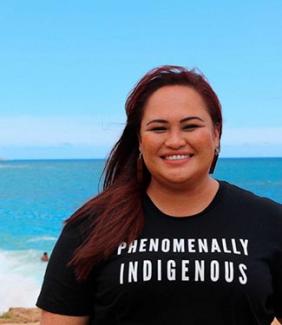 "When someone goes missing in Hawaii, local activist Ihilani Lasconia says that many in the island's Native communities first suspect one thing: sex trafficking.

A new task force created by the state House aims to gather data on the number of missing Native Hawaiian women, and the impact of sex trafficking on Native populations on the islands.

Women and children in Hawaii are facing a widespread epidemic of violence and sex trafficking, according to House documents.

The task force is being led by the Hawaii State Commission on the State of Women and the Office of Hawaiian Affairs -- and is backed by state agencies, local authorities and other activist groups.

Khara Jabola-Carolus, executive director of the Hawaii State Commission on the State of Women, said that 'if there's no data, there's no problem.'

That's why she and her team are researching the concrete numbers of how many women and girls may be missing or being sex trafficked in the state.

The few figures that exist, like research from the commission and Arizona State University, suggest that Native Hawaiian women are disproportionately represented among sex trafficking victims in the state.

Sixty-four percent of the sex trafficking victims identified in the commission's 2020 study identified as having Native Hawaiian ancestry.