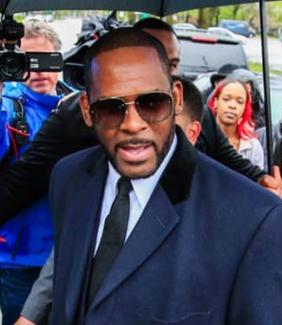 By Adam Gabbatt, The Guardian

"R Kelly’s conviction on racketeering and sex trafficking charges came after a trial that shocked the US and opened the eyes of a nation to claims of shocking, decades-long abuse that predominantly targeted Black women and children.

Jurors in a New York federal court heard from multiple witnesses over the weeks-long trial, with a theme of Kelly using his fame and power to subject his victims to sexual and physical abuse.

The conviction came two years after long-rumored accusations against Kelly sprang into public view through the documentary Surviving R Kelly, in which one Black commentator said Kelly was able to get away with his criminal behavior in part because of the race of his victims.

Kelly was convicted of racketeering charges for abusing women, girls and boys for more than two decades. He was also convicted of multiple violations of the Mann Act, which makes it illegal to transport anyone across state lines 'for any immoral purpose.'"