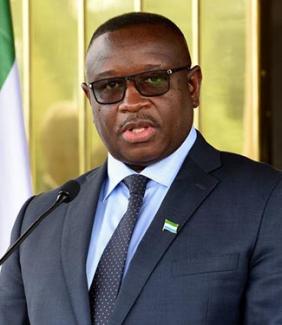 "Rape and sexual violence in Sierra Leone are now a national emergency.

Sierra Leone's sexual violence statistics are harrowing. According to the country's police service, there were more than 8,500 reported case of sexual- and gender-based violence in 2018 — and a third of these involved a minor. But many activists, and the country's first lady, say the number of actual cases is likely much higher, as many instances go unreported.

In his announcement, the president noted that 'each month, hundreds of cases of rape and sexual assault are reported' with 'thousands more' going unreported. Some 70 percent of all survivors are under the age of 15, he said — a statistic that came from the Rainbo Center, a nonprofit that offers free health care and psychosocial services to sexual violence survivors.

Bio declared that, immediately, sex with a minor is 'punishable by life imprisonment.'