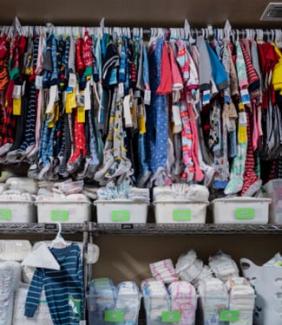 "Valerie Araujo spent her childhood in a state of unease, tiptoeing around the house, afraid that any misstep would cause her mother's boyfriend to lash out. It all came to a head one night when a neighbor called the police during one of his violent attacks.

The police officer arrested the boyfriend, who had attacked Araujo's mother, and he returned upon his release with flowers. Her mother sought help from the Noah Project, a domestic violence shelter with a 24/7 crisis line in Abilene, Texas, where they stayed for three months when Araujo was 10 years old. Her mother received counseling and help to file a protective order, so the family could return home.

Araujo, now 33, started working for Noah Project in December 2014, inspired by the work she saw them doing during her stay, and she is now the victim advocate and Child Protective Services liaison. She helps callers work through domestic violence situations like the one her mother experienced. But when the Covid-19 pandemic started, she said, the calls changed.

She used to get maybe two or three life-threatening calls a week, but when the pandemic started, the urgent calls came every day, multiple times a day. It’s been 18 months, and the calls haven’t let up.

... Araujo was not isolated in her experience: Staff members from local domestic violence organizations in Oregon, Maine, Kansas, Pennsylvania, Tennessee and the District of Columbia told NBC News they had also experienced increases in more urgent calls from people in life-threatening situations during the pandemic, often resulting in unmanageable stress levels and burnout for workers."