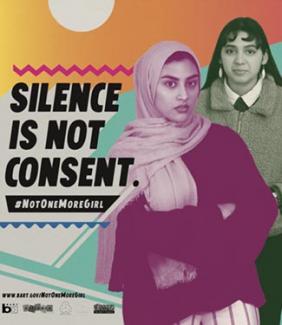 "Reminie Chaidez loves the cultural diversity of the Bay Area, but that doesn’t mean the Oakland resident doesn’t see its struggles. 'I think we forget how much hurt and pain this city has,' the rising junior said.

Nearly half of the female students in San Jose State University avoid using the local transit for fear of sexual harassment, according to a 2020 survey, compared with 7 percent of male students. Nearly two thirds of those surveyed experienced some form of intimidation or assault on public transportation in the Bay Area.

In order to make Bay Area Rapid Transit (BART) safer for females and gender-expansive people, Chaidez and 99 other paid youth joined forces with Alliance for Girls to launch a campaign against gender-based violence in the country’s fifth largest transit system.

Launched this spring, the 'Not One More Girl' campaign explicitly prohibits sexual harassment in BART’s Customer Code of Conduct and added it as a reportable offense on the BART Watch App. The Passenger Environment Survey was also updated last October with a question recording sexual harassment experiences. From the first surveying period of this year, 12 percent of riders reported experiencing gender-based aggravations during the previous six months, according to BART’s media department.

As part of the effort, over 300 posters featuring young people and anti-sexual harassment messaging now appear in BART’s traincars, stations and billboards.

'Young people have a lot to say,' said Emily Murase, former director at the San Francisco Department on the Status of Women. 'Good policy is about involving the people who are most affected.'”

The National Resource Center on Domestic Violence and the National LGBTQ Institute on IPV are pleased to invite you to participate in the inaugural Actualizing Justice Institute this September!

Pre-teen boys are at a critical age. RedefineSLO offers the tools that parents and educators need to be positive role models for the pre-teen boys in their lives, including conversation guides, educational readings, and more!

SAFeR: Getting Child Support When the Co-parent is Abusive

A Conversation with the Authors of Sexual Citizens: A Landmark Study of Sex, Power, and Assault on Campus