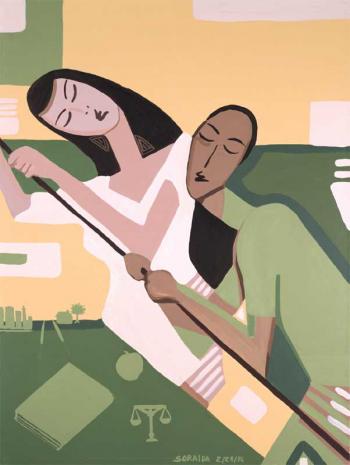 According to the 2010 U.S. Census, Latin@s account for 16% of the U.S population. There are approximately 50 million Latin@s from 22 countries of origin living in the United States, forming a very heterogeneous group that embraces varied histories, socio-economic backgrounds, as well as cultural and linguistic subtleties (Ennis, Rios-Vargas, & Albert, 2011).

Approximately, 40% of Latin@s living in the U.S. are foreign born, whereas others can trace their family roots in the U.S. back many generations. As a result, many Latin@ families have mixed levels of acculturation and English language proficiency. While the majority of Latin@s identify with the Spanish language, there is a growing population of indigenous Latin@s in the U.S. for whom Spanish is not their primary language. Therefore, understanding the great diversity that characterizes Latin@s living in and outside of the U.S. is a critical step in developing effective responses to violence when working with these communities. To that end, the information contained in this special collection is intended to offer insight into some aspects of this cultural group; however, we ask the reader to avoid making generalizations.

While the lives of Latin@ survivors are complex and each experience has its own characteristics, we have selected four key areas that will help us organize the materials in the next sections of this collection given their impact on Latin@ survivors: cultural relevance, language access, immigration, and economic justice. This selection is based on some of the most common barriers faced by Latin@ survivors and their families. We are highlighting best practices to overcome such obstacles by including resources from the perspectives of policy, research and service provision as much as possible. Our goal is to provide advocates and other readers with concrete tools to effectively work at the intersections of violence against women and Latin@ communities.