Sexual Violence in the Lives of African American Women: Risk, Response, and Resilience

Historical Overview: Throughout much of U.S. history, the rape of Black women was widespread and institutionalized. The legal system offered little protection and stereotypes about Black women's hypersexuality were used to justify limited social support for Black rape victims. Black women developed a culture of silence and engaged in anti-rape organizing to cope with their victimization.

Characteristics of Black Rape Survivors: In community samples, 34.1%-65% of reported childhood sexual abuse (CSA) and 12% reported commercial sexual exploitation of children (CSEC). In student samples, 11.2% of high school girls and 14.2% of college women reported rape. In national studies, approximately 1 in 5 Black women had been raped in their lifetime. Black women who were low-income, HIV-positive, bisexual, or incarcerated were at elevated risk. Most rapes were intraracial and involved someone known to the victim: family member, intimate partner, or acquaintance. Perpetrators used physical force, coercion, or substances to gain compliance.

Risk Factors: Poverty and revictimization were both risk factors and consequences for adult sexual violence. Being poor increased the likelihood of being raped and being raped increased the likelihood of becoming more economically disadvantaged. Among CSA survivors, 27% were raped during adolescence and 42% were raped in adulthood. Adolescent risk-taking (e.g., drug use, running away) and risky sexual behaviors (e.g., prostitution, alcohol use) increased the probability of adult rape.

Culturally Sensitive Responses: All professionals should strive to learn more about African American history, sexual assault, and historical trauma. Mental health professionals can conduct comprehensive interviews that document sexual victimization and survivors' homes, schools, communities, and workplaces and work to create a path to recovery that is best suited to the victim's needs. Legal professionals should be trained to recognized commercial sexual exploitation (CSEC) and endeavor to investigate sex crimes that involve marginalized Black women (e.g., those who are low-income, transgender, suffer from mental illness). Medical professionals can screen for sexual and physical victimization and document genital injuries.

Resilience: Service providers can use a strengths-based approach to help survivors heal: educating community members about sexual assault, encouraging them to use their social support network or to participate in activism, and promoting holistic healing practices.

NRCDV invites you to commit to doing #1Thing to help create safe and thriving communities for all this Domestic Violence Awareness Month. Click here to learn more about how you can take action for DVAM 2020! 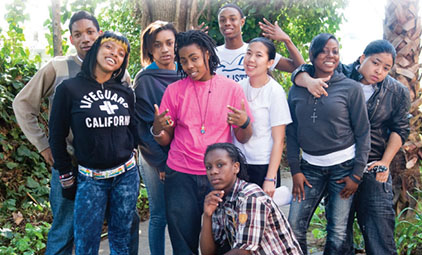 The Brown Boi Project uses culturally-based gender transformative learning to speak to trans, gender nonconforming, and cisgender brown bois on their relationship to masculinity in order to reduce aggression and gender policing.