How can my agency better respond to formerly incarcerated survivors? 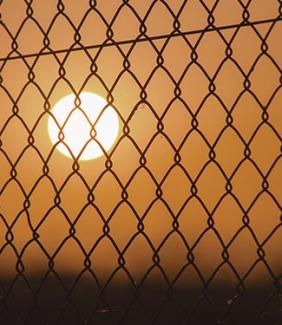 Some years ago, I volunteered as a chaplain in a women’s jail. I must admit, with no experience I wasn’t sure what to expect from this new opportunity. At that time, I had reached my 15th year of working in the battered women’s movement. I am very grateful to survivors for allowing me to be part of their lives at such vulnerable times. One survivor, especially, comes to mind. The night before she was to meet with me, she was arrested. “Arrested again,” she said. It wasn’t the first time. I passed her cream and sugar for her coffee, and she began to apologize to me for what she did. I asked if she wanted to share anything more about it. She sipped her coffee between listing the things she had done wrong. She said:

I should not have gone to the park that day.

I should not have gone that route today.

I should not have told him that I needed bus fare.

I should not have….

I should not have…

I should not…went on and on.

She said it was her fault that she got arrested. As we talked, I identified how her abuser used coercive control to put her on the streets. He had also pointed out the car that had a customer waiting. Within moments, she learned it was an undercover officer.

Shortly after my experience with this survivor, I was invited to join the chaplaincy department of the county jail. I remember attending my very first meeting. I remember walking through the divisions with the senior chaplain. Although many of the women were silent and glared at me, they were screaming with desperation in their eyes. My tour of the jail continued up to the third floor. We finally came back down to the ground level, and as we turned a corner, there was a single cell with a woman in it grabbing her head and pulling on her shirt. It wasn’t long until I asked, “Is someone going to help her?” Someone responded, “Oh she’s going through withdrawal from drugs right now.” I didn’t understand why she would be locked in a cage rather than at a hospital.

After my visit and tour of the jail, I realized that I was not prepared for, nor did I completely understand, the work behind bars. I became fearful and overwhelmed because many had said to me, “These women are very manipulative. Don’t let them get too close.” But I understood empowerment, and I desired a deeper understanding about the dynamics at the intersection of incarceration and domestic violence.

According to the ACLU, nearly 60% of people in women’s prison nation-wide, and as many as 94% of some women’s prison populations, have a history of physical or sexual abuse before being incarcerated.

How do survivors end up in the criminal legal system?

There is often a direct relationship between the abuse survivors experience and the crime with which a survivor is charged. Many survivors find themselves behind bars as a result of defending themselves against life-threatening harm by their abuser, making their experiences of abuse a risk factor for incarceration.

There are cases all over the country in which survivors had been coerced, by their abuser, into a single crime, or even organized and multiple crimes. Survivors have often not understood these tactics – such as being coerced into welfare fraud, selling drugs, driving a get-away car, false reporting or perjury – as part of the abuse they experienced.

Similarly, many advocates do not understand the impact of conviction on the life of a survivor. A conviction (in some cases even an arrest) can affect many aspects of a survivor’s life, including:

Almost all of these consequences have implications for survivors’ safety. Even with all the possible negative consequences of having a conviction, some survivors have found pleading guilty to be their best option.

During my chaplaincy at the jail, I observed a few domestic violence support groups in the women’s division. The participants had decided that domestic violence would be the topic of discussion every Tuesday evening. The support group took place in the common area, which was open, and even those who were not participating in the group could hear everything that was discussed.

There were no disclaimers given during the support group. No one told them to be careful not to discuss the facts of their case – not to share these details with anyone but their attorney. For those survivors awaiting trial, these support groups put them at risk rather than offering general information about domestic violence and helpful community resources.

How can advocates increase their capacity to work with formerly incarcerated survivors?

As I took my advocacy work beyond the four walls of the jail, I started asking community agencies key questions. These questions can serve as conversation starters when working to build your organization’s capacity to best serve survivors who are incarcerated or charged with a crime.

As I continue to increase my own capacity to advocate on behalf of survivors, I was recently inspired by the first inmate-initiated and led group in the California prison system. Convicted Women Against Abuse (CWAA) meets twice per month and provides a setting for abused women to share their past experiences of victimization. Over the past twenty years, these women's efforts have resulted in some of their fellow inmates being released. The remaining CWAA members continue to create new means to have their voices heard. One of the new means created by members of CWAA is the ongoing advocacy work their group does with California legislators who can bring about change on behalf of incarcerated survivors. They have also created an online system for survivors outside of the prison system to share their stories of how incarceration has intersected with domestic violence in their lives. Post-incarceration, several CWAA members returned to their communities as advocates and volunteer their time at special events and regularly speak out through various media outlets.

It’s been 21 years since I heard that survivor list what she had done wrong, between taking sips of her coffee. As I reflect on the progress of the domestic violence movement, I can hear her voice in my head shifting from blaming herself for her circumstance to instead seeing how it was orchestrated by the person who abused her. We need to continue to have conversations regarding change, removing systemic barriers, and allowing the time and space to commit to learning more about survivors who live at the intersection of incarceration and domestic violence.

Organizations focused on defending survivors in the criminal justice system: