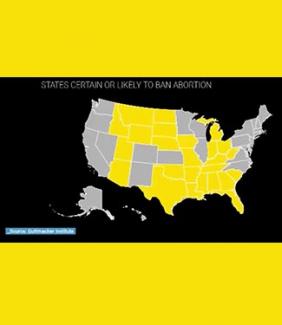 "With Roe v. Wade overturned, exceptions to abortion bans — such as in the case of rape or incest, or for a pregnant person’s safety — are expected to be the only avenue to getting abortions in many states.

But meeting the qualifications for those asterisks to the bans can be complex and traumatizing, experts say.

For starters, exceptions for rape and incest are uncommon. The Guttmacher Institute, a research organization that supports reproductive rights, anticipates 26 states certain or likely to ban abortion now that there are no federal protections.

Among those 26 states, there are about 41 abortion bans total, with some states having more than one ban, it said. Just 10 of the 41 bans have exceptions for rape and incest.

In the states that do have rape and incest exceptions, requirements vary. Many, such as Utah, require victims of sexual assault to file a police report.

Given that more than 2 out of 3 sexual assaults go unreported, according to the Rape, Abuse and Incest National Network, these laws are problematic, said Grace Howard, an assistant professor of justice studies at San Jose State University who studies the criminalization of pregnancy.

Howard, who is a sexual violence survivor, said reasons for not disclosing such assaults range from self-blame to worrying about not being believed — a fear that often becomes reality when people speak up.

'It’s kind of this second round of being traumatized,' Howard said. 'I fear that this will push people away from exercising that legal loophole that would allow a rape victim to receive this form of care.'”