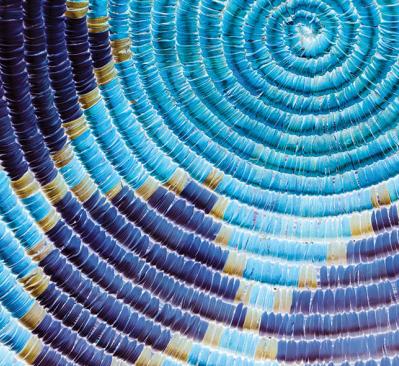 The identities of Native Americans/Alaskan Villagers originate in various experiences and political statuses. Enrollment status means an individual is a citizen of tribe. “Tribe” is defined by the United States for some federal government purposes to include only tribes that arefederally recognized by the Bureau of Indian Affairs, pursuant to the Indian Reorganization Act of 1934, as amended in 1936 to include a number of Alaska Native villages (US Bureau of Indian Affairs, 2015). Throughout the country, there are tribes that have had active applications for federal enrollment for over 30 years. In the last three years, three new tribes have been granted “federal status” by the federal government, which oversees the application process and helps define which Native community has been given the political status of a sovereign Nation. However, Native identity and sovereignty are also defined by Native people as being about a cultural connection, such as being tied to the land and water, subsistence hunting and fishing, community life, traditional values, and spiritual practice, not simply a political status as qualified by Western thinking.

The voices in many of the materials included in this Special Collection may come from a sovereign nation perspective, while other voices represent those not enrolled or affiliated with a federally recognized Tribe. Hundreds of tribes exist without federal recognition, meaning individuals may be a member of a state recognized tribe or may not be enrolled in any tribe. Native communities also exist in cities or urban environments, known as “urban Indians,” where families are mixed in both federally/state recognized status or no political Indian status at all. Some individuals were born into an enrollment status, but have since been dis-enrolled from their tribes; this affects their political status of “Native American.” The identity of “Native status” is very complex. All of these identities and citizenship statuses, as well as where they live and where they come from, can affect the methods and availability of services to and for Native survivors.

Naming conventions have been proposed and used, but none are accepted by all indigenous groups. Typically, each name has a particular audience and political or cultural connotation, and regional usage varies.

The content of this collection has been selected to highlight areas of intersections impeding the safety of Native American families. Each section contains extremely unique impacts regarding sovereignty, policy, historical trauma and cultural impacts of cultural oppression or colonization. This collection is not meant to be a complete representation of all intersections of family or intimate partner violence, as it would be impossible to represent thousands of trauma-impacting factors; it is instead meant to provide a comprehensive collection of the most significant and researched resources on domestic violence and intersecting issues affecting Native and Alaskan Native people today.