A Call to Men
National men's organization addressing domestic and sexual violence prevention and the promotion of healthy manhood.

Coaching Boys Into Men
This Futures Without Violence public education initiative engages athletic coaches in teaching boys to respect the women and girls in their lives.

Delaware MEN: Men's Education Network
Group of concerned men in Delaware who began meeting in April 2011 with the mission to involve men in promoting healthy, safe relationships. Delaware M.E.N. is a project of the Delaware Coalition Against Domestic Violence. Click on the image to the right to view their 60 second PSA.

Dosomething.org
"Using the power of online to get teens to do good stuff offline."

Iowa Men's Action Network
Work to inspire all men of Iowa to partner with women to promote healthy and respectful relationships in their homes, neighborhoods, and the community, to model peaceful and respectful behaviors with each other, and to empower our youth with similar tools and skills necessary to live and expect a lifestyle free from abuse.

Minnesota Men's Action Network
To foster and develop peacemakers through modeling, mentoring, storytelling and dialogue. Based at the Minnesota Alliance to Prevent Sexual & Domestic Violence. 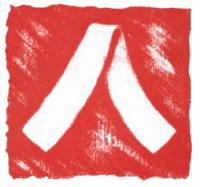 XY Online
XY is a website focused on men, masculinities, and gender politics. XY is a space for the exploration of issues of gender and sexuality, the daily issues of men's and women's lives, and practical discussion of personal and social change.

The following resources may also be useful:

Hip Hop: Beyond Beats and Rhymes by Byron Hurt (video).

I am a Man: Black Masculinity in America by Byron Hurt (video).