Being a Man: Preventing Gender Based Violence 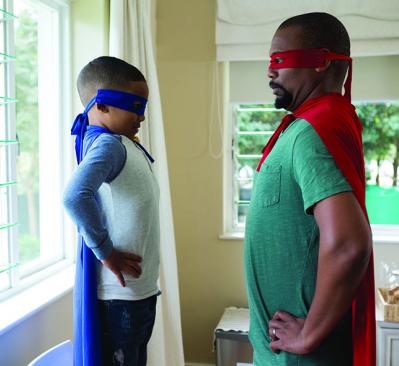 What does it really mean to “be a man?” No need to do any research or enroll in any philosophy courses because I’ll tell you what it means. It means to be like Batman. Of course, you’re thinking, what does this fictional character have to do with masculinity? Well, let’s think about it. Batman never shows emotion except anger towards criminals and cold shoulders towards Robin. Batman is highly intelligent and strong, even without superpowers. Then, when he’s not being the Caped Crusader, he’s Bruce Wayne. A billionaire genius who, to the public, seems to only care about money and how many women he can have on his arm while he buys the next hotel. Whether he’s being Batman or Bruce Wayne, he is powerful.

Let’s be honest, a lot of us men want to be Batman. A lot of us would even settle for being just Bruce Wayne. But have you ever thought about why? Well, it’s simple really – in today’s society we are conditioned to be like Batman, who society tells us is the epitome of what it means to be a man. Be strong, not just physically but mentally. Don’t show any emotion, because emotion symbolizes weakness (unless it’s pride or anger, of course). Take care of yourself and your family because that’s the only thing that matters. Make sure you have lots of women, because somehow that makes you more attractive? Also, make sure you have money because money is an automatic win over everything. You don’t necessarily have to have all these things at once, but just one thing that makes you seem more “manly.” Or should I say, less like a woman…

It makes sense, right? If being a man means not showing emotion, and to show emotions means to be weak, then who are we calling weak? We as men collectively cut off our emotions to distance ourselves from the experiences of women. As men, we collectively put ourselves into a box. In this box, we have certain rules for what it means to be a man. Do not cry or openly show emotion, don’t express weakness or fear, be athletic, tough, make decisions on your own, demonstrate power and control (especially over women), and view women as property or objects. So much for being Batman huh? But that’s just it. We aren’t Batman. We are David, Mark, Leo, Donte, and Justin. We are more than one-dimensional characters in a comic book. However, this “man box” is trapping us to be more one-dimensional and collectively, we as men are allowing this to happen. Instead of a box, I think this is more of a cage.

Being in a box means being trapped, with no way out. Not being able to see the light as men. However, that’s simply not true. We see what it could be like to be outside of the cages through the holes. We see what other men are doing to break free from the cage and live healthy, respectable lives. However, as soon as we try to reach our fingers out of this cage, society (our “master”) slams our hands and fingers back inside. Always reminding us that being outside of this cage means you aren’t a man, you’re more like a woman or gay. These notions of masculinity are extremely harmful to not just ourselves but the women and girls in our lives as well. We as men are collectively taught to see women as having less value and to view them as property and the objects of men. This is the equation that equals violence against women. Overwhelmingly it is men who hurt women. However, through work with men and boys, we can end violence against women. Men are also confined by this violence. Taking into account that 80% of victims know the person who raped them, it becomes virtually impossible for women to distinguish “safe guys” from men who are dangerous and therefore a “potential rapist.” The result is a society with its guard up. Relationships with men are approached with fear and mistrust. Intimacy is limited by the constant threat of violence.

Men are not born violent. Some become violent as a result of destructive beliefs and expectations about what it means to be a man. We must recognize the ways that dominant stories of masculinities have infiltrated our lives. In order to do so, we must discover and acknowledge that our understanding of masculinity is often manipulated directly and deliberately by corporations that value profit over people. We as men can choose to not perpetrate acts of violence and challenge those men who do. We can also challenge ideals and attitudes that support violence against women. How? Well, my friends, you have come to the right place! As you read through this collection, you will understand the why and the how of engaging men in efforts to end gender-based violence.