Elder abuse is a hidden yet growing problem in the United States with significant public health and societal implications. It is a tragedy that impacts older adults of all races, cultures, sexual orientations, social classes, geographic areas, faith communities, mental capacities, and physical abilities. Until victim service providers, the justice system, health care professionals, social service agencies, and other community members work together to address this problem, elder abuse will continue unabated, with devastating consequences for older adults and their loved ones.

Although definitions of elder abuse vary, the term generally refers to any physical, sexual, or psychological abuse, neglect, abandonment, or financial exploitation of an older person either within a relationship where there is an expectation of trust and/or when an older person is targeted based on age or disability (U.S. DOJ, 2013). Older adults may be harmed by spouses or partners in heterosexual, gay, or lesbian relationships, adult children or other family members, caregivers or persons in a position of authority such as guardians, lawyers, or interpreters. In some instances older adults may be targeted by strangers and become victims of sexual assault, stalking, or financial exploitation. The various forms of abuse often co-occur (Acierno, 2010; Lifespan of Greater Rochester et al., 2011).

Research estimates that approximately one in ten older adults living in their homes experience elder abuse each year (Acierno et al., 2010; Beach et al., 2010; Lifespan of Greater Rochester et al., 2011). In addition, evidence is emerging that shows this rate is especially high in racial and ethnic minority groups (Beach et al., 2010; DeLiema et al., 2012). The current economic crisis has further exacerbated the problem, as the frequency of reported financial exploitation of older adults (which is often coupled with other forms of abuse) has increased (MetLife, 2009).

Yet research suggests that cases of elder abuse are significantly underreported. One state study found fewer than 5% of cases come to light (Lifespan of Greater Rochester et al., 2011). Furthermore, a significant number of elder abuse cases that are actually reported or identified end up slipping through the cracks due to a lack of coordination among service providers (Brandl et al., 2007; Connolly, 2010; Lifespan of Greater Rochester et al., 2011). 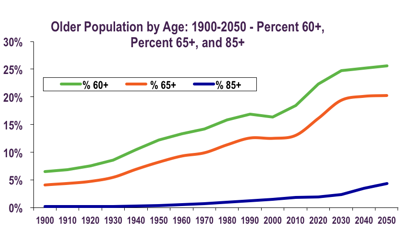 Unfortunately, as 77 million baby boomers age, the problem is only expected to worsen. Within the next 40 years, the number of individuals age 65 and older is projected to more than double so that in 2050, they will account for over 20% of the population (U.S. Census Bureau, 2012).

When we look at the projected population increase by race and Hispanic origin, we see that the population is becoming more racially and ethnically diverse requiring communities to think through how they will provide language and culturally relevant services. (U.S. Census Bureau, 2012) 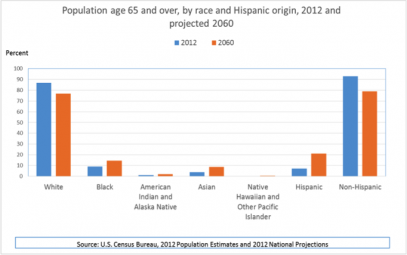 While great strides have been made in recent decades to improve responses to child abuse and domestic violence, elder abuse lags far behind in terms of recognition and attention. A recent report by the U.S. Government Accountability Office (GAO) declared that resources directed to elder abuse are not keeping pace with the growing volume and complexity of cases (U.S. GAO, 2011).

Thankfully, there are several key players that can make a difference. Domestic violence and sexual assault programs provide vital services for victims that need only be expanded in order to help address the growing problem of elder abuse. The justice system has legal resources and remedies to hold offenders accountable. Other professionals from the aging services network, adult protective services, health care, and faith communities identify and assist older victims. However, in order to better serve and protect our older citizens, it is increasingly imperative for service professionals to work together and to gain a better understanding of the complex and devastating issue of elder abuse.

The content of this section was adapted from the NCALL information sheet, An Overview of Elder Abuse: A Growing Problem (2013).