What distinguishes abuse in later life from elder abuse? 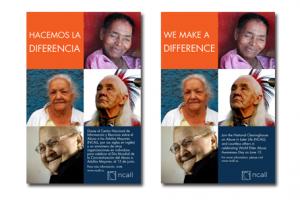 Abuse in later life (ALL) is the willful abuse, neglect, or financial exploitation of an older adult that is perpetrated by someone in an ongoing relationship (e.g., spouse, partner, family member, or caregiver) with the victim. As such, the term abuse in later life—used by the Office on Violence Against Women, the National Clearinghouse on Abuse in Later Life, and a number of domestic violence and sexual assault programs throughout the country—calls attention to the nexus between domestic violence, sexual assault, and elder abuse.

Other terms are also used to define abuse of older adults. Elder abuse is a broad term that applies to abuse, neglect, and exploitation of an older individual in a trusting relationship with the offender. Elder abuse also includes harm that occurs because an older person is targeted based on age or disability (U.S. DOJ, 2013), such as in contractor scams. In many jurisdictions, elder abuse may also include self-neglect. Abuse of vulnerable, dependent, or at-risk adults generally refers to harm of persons 18 or older who are unable to protect themselves or report the abuse.

Abuse in later life is the segment of elder abuse that focuses specifically on those cases where the abuse is perpetrated by someone in an ongoing relationship (e.g., spouse, partner, family member, or caregiver) with the victim. Sexual abuse and stalking by an offender who is known to the victim or a stranger is also included in the definition. Older persons who fit the statutory definition in their jurisdiction of vulnerable adults and are in a relationship with their abuser may also be victims of abuse in later life. Power and control dynamics, similar to those seen in domestic violence and sexual assault cases involving younger victims, are often present in abuse in later life situations; therefore, older victims may benefit from services provided by domestic and sexual violence programs.

Dynamics of Abuse in Later Life

To formulate an appropriate response to cases of abuse in later life, it is critical to understand the dynamics present. Perpetrators will often strive to exert their power and control over victims so they can coerce or manipulate some benefit for themselves, such as money, a place to stay, access to prescription medication, or sexual gratification (Stark, 2007). These abusers are often greedy and feel entitled to do whatever necessary to get what they want. They may financially exploit an older adult, feeling entitled to take a Social Security check or empty a bank account. In order to maintain power and control, these abusers typically use various coercive tactics including physical and psychological abuse and isolation. Abusers may intimidate their victims and prevent them from reporting the exploitation or abuse out of fear of retaliation. They may also lie and manipulate family members, friends, and professionals in order to hide or justify their behavior (Stark, 2007).

In addition to cases of abuse in later life, older adults may be harmed even if power and control dynamics or greed are not present. Domestic and sexual violence victim advocates may have a role to play in these situations as well. For example, sometimes an older adult is harmed by a well-intended caregiver who provides inadequate or inappropriate care. In other cases, an older adult is harmed by a person with an organic medical or mental health condition who is unable to control his or her behavior. In these situations, often the older individual experiences fear and trauma. Many of these older adults who have been harmed can benefit from remedies offered by domestic or sexual violence programs, such as safety planning, emergency housing, or legal advocacy.

Additional factors may be present, further complicating abuse in later life cases. If the abuser is an adult child, victims may want to protect their child rather than focusing on their own personal safety. Older victims may feel shame, guilt, and embarrassment because they are being abused by their child. Some victims have physical or cognitive limitations that abusers can target to manipulate them through the breaking of assistive devices, the denying of health care or comfort measures, and threatening to place them in a nursing home.

Forms of Abuse in Later Life

Relationship Between Victim and Abuser

Older victims may be abused by intimate partners, adult children, grandchildren, or other family members, caregivers, or persons in positions of authority. Society expects that these relationships are based on trust and care. In the majority of abuse in later life cases the perpetrator is the victim’s family member or intimate partner (Acierno et al., 2010; Lifespan of Greater Rochester et al., 2011). Intimate partner violence may have been present for the entire duration of the relationship or it may emerge later in life as the couple ages. Abuse can occur in heterosexual, lesbian or gay relationships.

When defining elder abuse, most states, tribes, and organizations use a minimum age threshold that ranges from 50 to 70. The term abuse in later life applies to victims who are age 50 and older for the following reasons:

Abuse in later life can take place in any setting (e.g., a house, apartment, residential health care setting, a doctor’s office, religious institution, or in a public place, such as at work or in a courthouse). Most often, it occurs where the victim resides.

Responding to Abuse in Later Life

By understanding the unique dynamics of abuse in later life, domestic and sexual violence victim advocates can make a difference. Many older victims of abuse benefit from remedies offered by domestic or sexual violence programs such as safety planning, individual or group counseling, emergency housing, and medical or legal advocacy. The criminal justice system may play a beneficial role by holding the offender accountable. Given the complexity of these cases, collaboration with the aging services network, adult protective services, health care providers, and others is often essential.

* The content of this section was adapted from the NCALL information sheet, An Overview Abuse in Later Life (2013).