While progress has been made over the past several decades in improving the law enforcement response to sexual assault and domestic violence, national surveys of survivors and advocates demonstrate significant apprehension on the part of victims of these crimes to reach out to law enforcement for help, as well as significant challenges when they do.  In response to these issues, the Department of Justice (DOJ) developed guidance- with input from a wide variety of stakeholders, including police leaders, victim advocates, and civil rights advocates – to assist law enforcement and advocates in better identifying and preventing gender bias in the law enforcement response to sexual assault and domestic violence. The guidance also highlighted lessons learned and key principles that emerged from cases that were pursued by the DOJ Civil Rights Division and the resulting comprehensive agreements developed with police departments that included efforts to improve the police response to domestic violence and sexual assault. The guidance focuses on the importance of developing a survivor-centered approach that is trauma-informed, as well as continuing to improve officer training, agency policies, resources, and partnerships.  The DOJ subsequently distributed significant new grant awards to enhance training and technical assistance nationally, support research and evaluation, and provide additional resources to assist law enforcement agencies to implement the guidance.

Who Will Help Me? Domestic Violence Survivors Speak Out About Law Enforcement Responses

This report contains the survey results which show a strong disconnect between victims of domestic violence seeking help from law enforcement and the support those authorities are tasked with providing. The report highlights a number of factors that create major obstacles for victims attempting to cope with domestic violence – from distrust of the authorities to fear of punishment from their abusive partner.

Responses from the Field: Sexual Assault, Domestic Violence, and Policing

The U.S. Department of Justice developed this guidance with input from key stakeholders to assist law enforcement agencies in their efforts to reduce and improve their response to sexual assault and domestic violence and to administer justice when these crimes occur. It examines how gender bias, whether implicit or explicit, can undermine law enforcement agencies’ response to sexual assault and domestic violence; and provides a set of key principles that will help ensure that agency efforts to keep victims safe and hold offenders accountable are not undermined by gender bias.

This guidance document from the U.S. Department of Justice is intended to reflect and further the department’s partnership with the police leaders, line officers and detectives who work to ensure that policing is free from bias and to uphold the civil and human rights of the communities they serve. Also included are a summary of the guidance and press release from Attorney General Loretta E. Lynch.

In August 2015, law enforcement officials, victim advocates, academics, and other subject matter experts convened to discuss a draft of the Department of Justice’s Identifying and Preventing Gender Bias in Law Enforcement Response to Sexual Assault and Domestic Violence publication and to share promising practices and to develop effective strategies for serving victims of these crimes. This document shares the discussion and opinions of the participants who attended the roundtable.

Department of Justice Awards $9.85 Million to Identify and Prevent Gender Bias in Policing

This press release issued by the U.S. Department of Justice announced the ten grant awards that were provided to enhance training and technical assistance nationally, support research and evaluation, and provide resources to law enforcement agencies to implement the guidance and improve law enforcement responses.

This briefing paper defines and provides examples of gender-biased policing, suggests ways for police departments to address bias that may underlie certain practices and policies, and offers steps advocates can take to work toward police reform.

In 2016, the Battered Women’s Justice Project organized a roundtable to continue the national discussion on the identification and prevention of gender bias in the law enforcement response to sexual assault and domestic violence. This report describes the roundtable, summarizes the themes that emerged as well as areas in which opinions varied, and recommends next steps toward implementation of the guidelines.
DOJ Civil Rights Cases that provided a foundation for the DOJ Guidance
The Civil Rights Division of the U.S. Department of Justice supports police reform efforts through the enforcement of the civil prohibition on a “pattern or practice” of policing that violates the Constitution or other federal laws. These cases, known as “pattern-or-practice cases,” begin with investigations of allegations of systemic police misconduct and, when the allegations are substantiated, result in comprehensive agreements designed to support constitutional and effective policing and seek to restore trust between police and local communities. The resources listed below highlight some of these cases brought by the DOJ Civil Rights Division that resulted in consent decrees that included efforts to improve the police response to sexual assault and/or domestic violence. The lessons learned from these cases helped to inform the principles that are set forth in the DOJ Guidance on Identifying and Preventing Gender Bias in Law Enforcement Response to Sexual Assault and Domestic Violence. 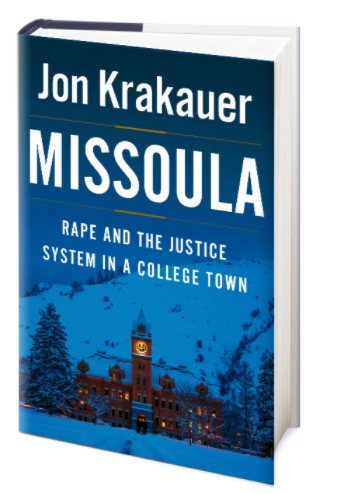 Missoula: Rape and the Justice System in a College Town, Jon Krakauer, April 21, 2015

The Department of Justice investigated 350 sexual assaults reported to the Missoula police between January 2008 and May 2012. Few of these assaults were properly handled by either the university or local authorities. In Missoula, Krakauer chronicles the searing experiences of several women in Missoula who were victims of rape, including their fear and self-doubt in the aftermath; the way they were treated by the police, prosecutors, and defense attorneys; the public vilification and private anguish; their bravery in pushing forward and what it cost them.

The United States' Investigation of the Missoula Police Department

The Civil Rights Division of the Department of Justice investigated the allegations that the Missoula Police Department ("MPD") discriminated against women in its response to sexual assault crimes. This letter summarizes the investigation and findings.

This report contains the findings of the Department of Justice Civil Rights Division’s pattern and practice investigation of the Puerto Rico Police Department (PRPD). The investigation found troubling evidence that PRPD frequently failed to police sex crimes and incidents of domestic violence.

This consent decree sought to address allegations that the New Orleans Police Department (NOPD) engages in a pattern and practice of civil rights violations and unconstitutional policing. In developing the decree, the investigators consulted with community leaders and members, police officers, police officer unions, civilian NOPD members, advocates, and other concerned individuals.

The consent decree followed an investigation by the U.S. Department of Justice in which they found reasonable cause to believe that the Baltimore Police Department (BPD) engaged in a pattern or practice of conduct that violates the Constitution and federal law. Part of the consent decree focused on the importance of combating gender bias during investigations of sexual assault in order to improve victim safety and community trust.

Investigation of the Newark Police Department

The Department of Justice opened an investigation of the Newark Police Department in May 2011, after receiving serious allegations of civil rights violations, including excessive force, unwarranted stops, and arrests, and discriminatory police actions. This report sets out the DOJ’s investigative findings.

The Department of Justice opened an investigation of the Maricopa County (AZ) Sheriff’s Office (MCSCO) in March 2008. This letter highlights factual and legal findings on the violations committed.